...is the one that seperates us

The project deals with the premises of the gallery Cella in Opava in the Czech Republic, trying to connect two places communicatively. The basic element is telecommunication, which does not only take place within the work of art and the artists but also between the work of art and the audience. The installation also represents a synergy of the different performative, side specific and actionist working methods of Anne Glassner, Franziska Koppensteiner and Kamen Stoyanov. The title of the project “The longest distance is the one that separates us” goes back to the 80ties song “Телефонна любов” (telephone love) by the Bulgarian singer Vasil Naydenov. The installation in the gallery alludes to the spatial aesthetics of the original video. The futuristic telephone booth that appears in the video is replicated and placed on the floor of the gallery. Visitors can use it as a bench or relaxing area. Kamen Stoyanov is situated in the second exhibition place in the phone booth. He starts the talk and observes what is going on in the gallery, animating the participants to relax. At the same time, Anne Glassner, wearing a silver dress, offers massages with the installed receivers. Franziska Koppensteiner is located in the second phone booth. At the beginning of the performance her booth will be closed with a sheet of acrylic glass, which she paints in black. She transforms everything that’s happening into a text on that surface. 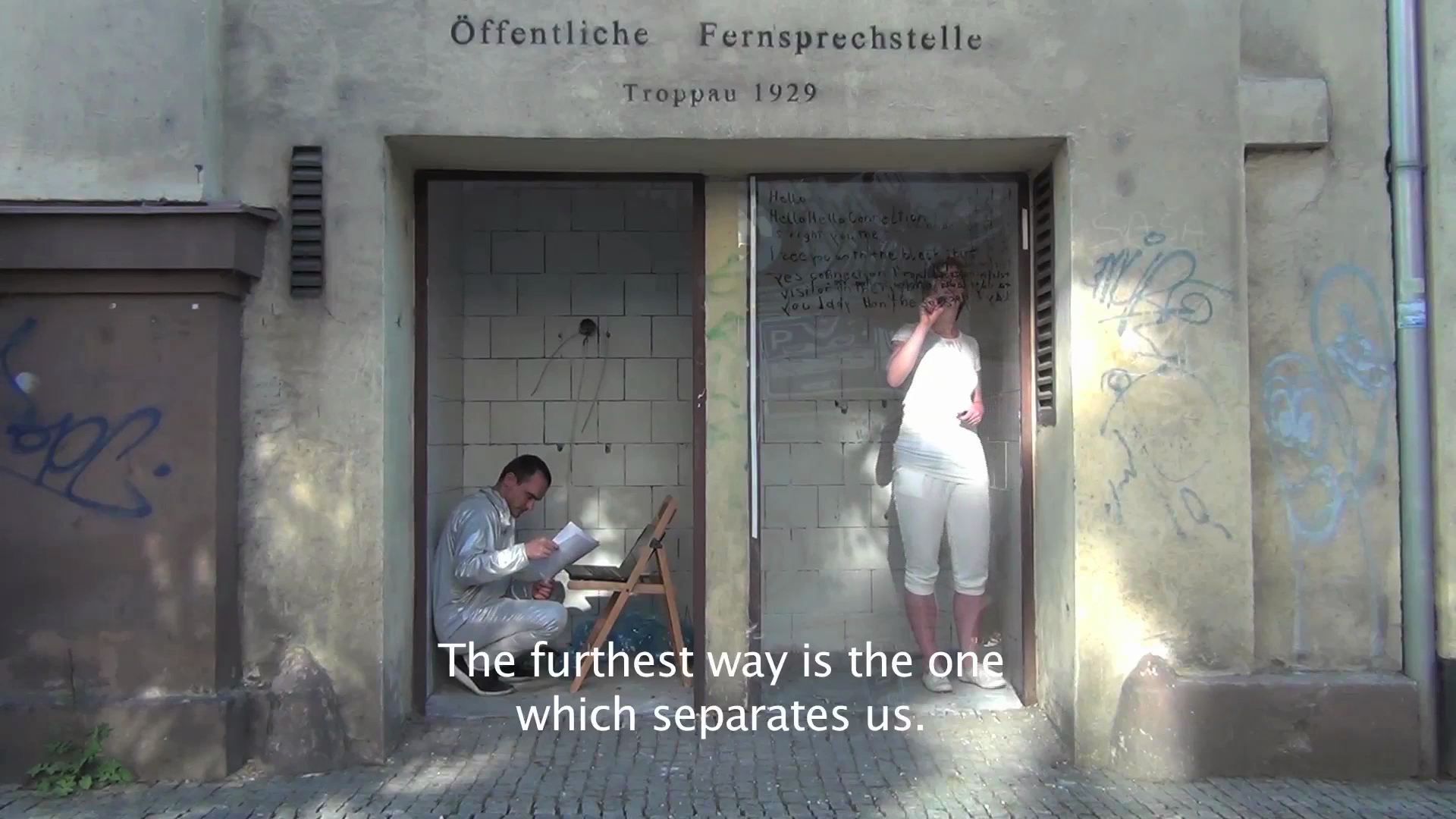 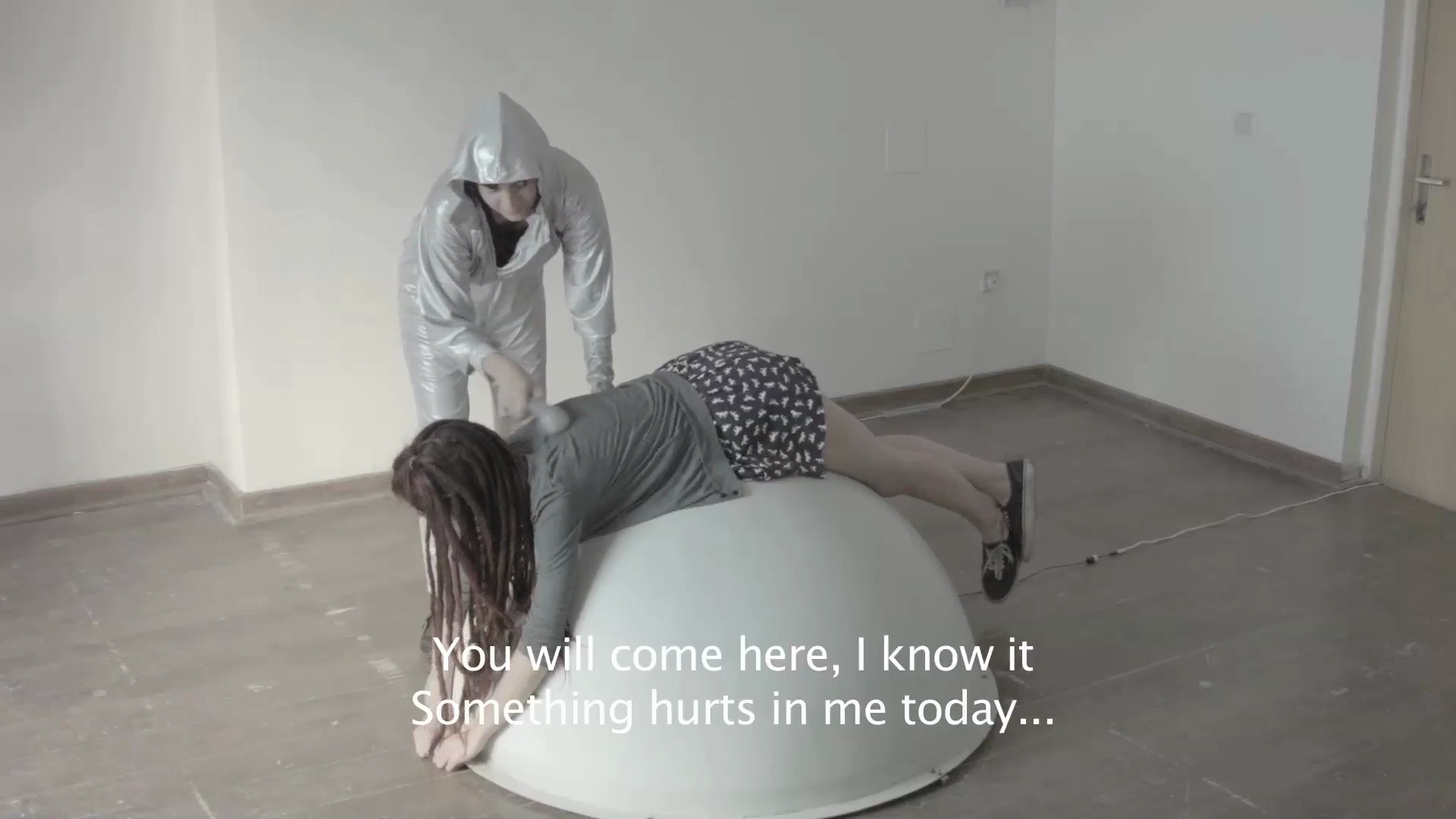