A reversed bath tub is the central element of the performance. In the past the museum was a spa for women. It was renovated and transformed into a museum at the end of the 20th century. In this performance we play with this aspect of destruction which is symbolized by a resistant house of nearly empty cards and our calm and concentrated playing by slowly removing the cards with the women. 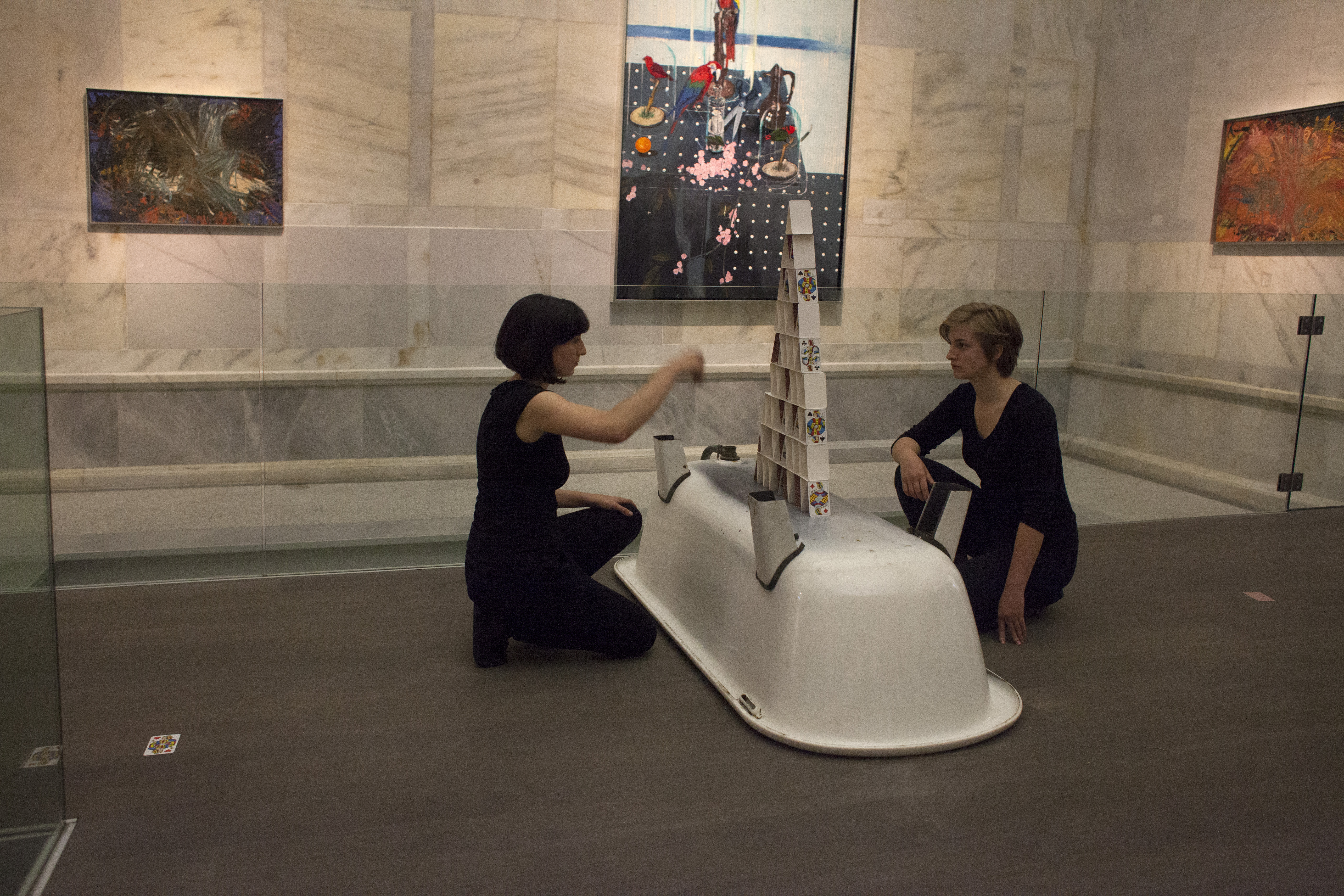 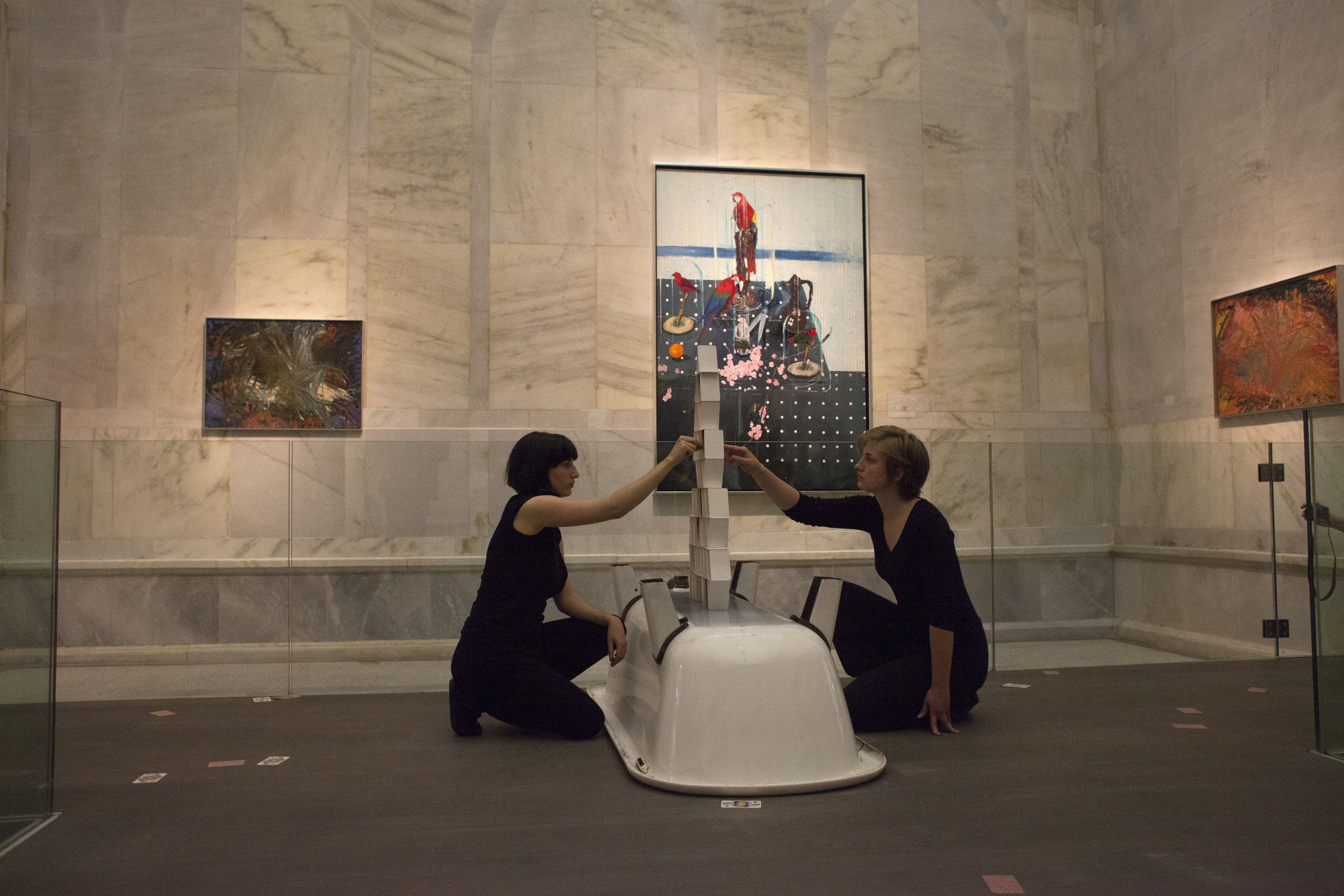