Die Besitzstörung asks the question:
What are the territorial borders between rules of law and artistic license, and how does the system of justice influence our society? It began last year in the Annenpassage, a small shopping district in Graz. I wanted to do a performance in an empty store. I wrote an email to the owner, but received no answer. I decided to print a life size photo of myself lying on the floor, and placed the photo through the gap of the shopping window inside the store. I titled the work Die Besitzstörung, a legal term, after discussing my project with my father; who studied law. We discussed the hierarchy of values: What is permitted? What is not? What are my intentions? I have spent the last year in courts, law universities, and libraries, researching both law and the aesthetics of the institutions. The research culminated in a staged court trial, in an actual court of law, with both actors and professional lawyers and a judge. The trial was documented via video and through drawings by illustrators. 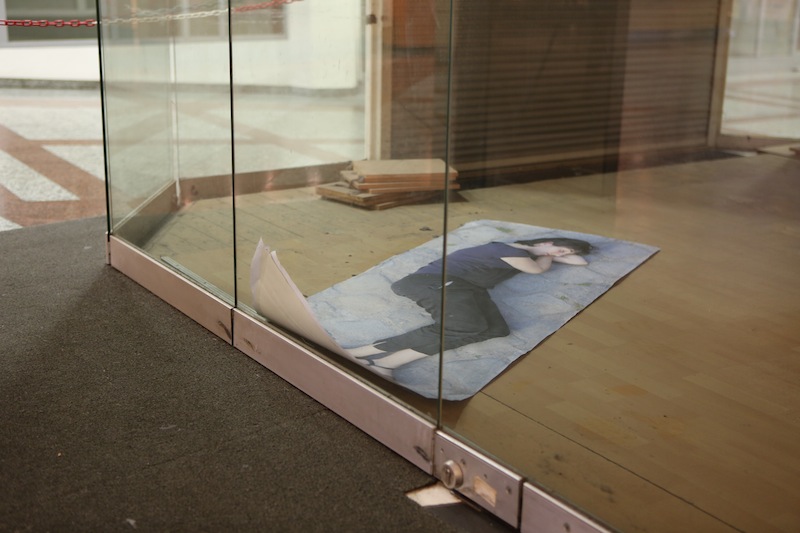 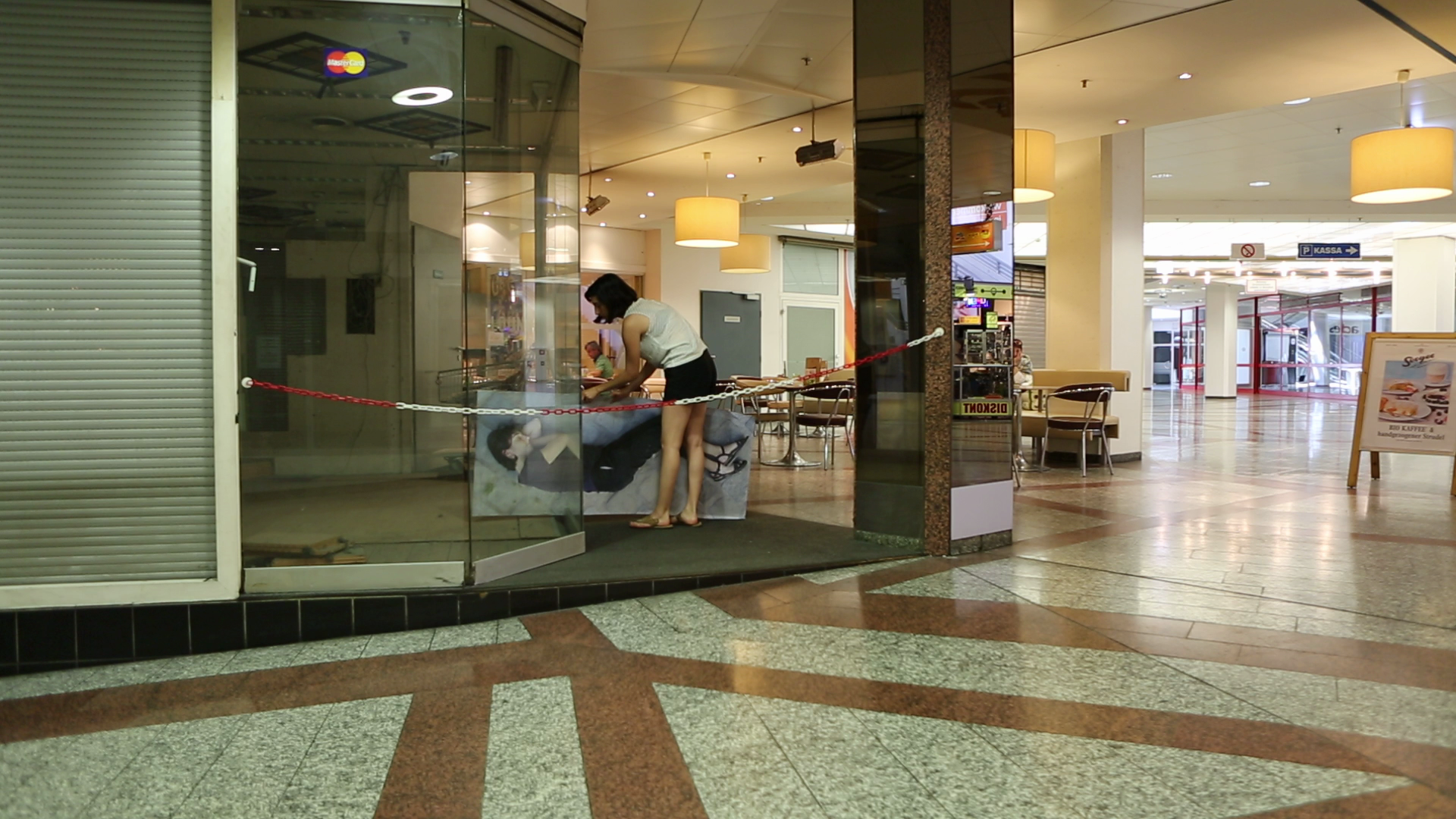 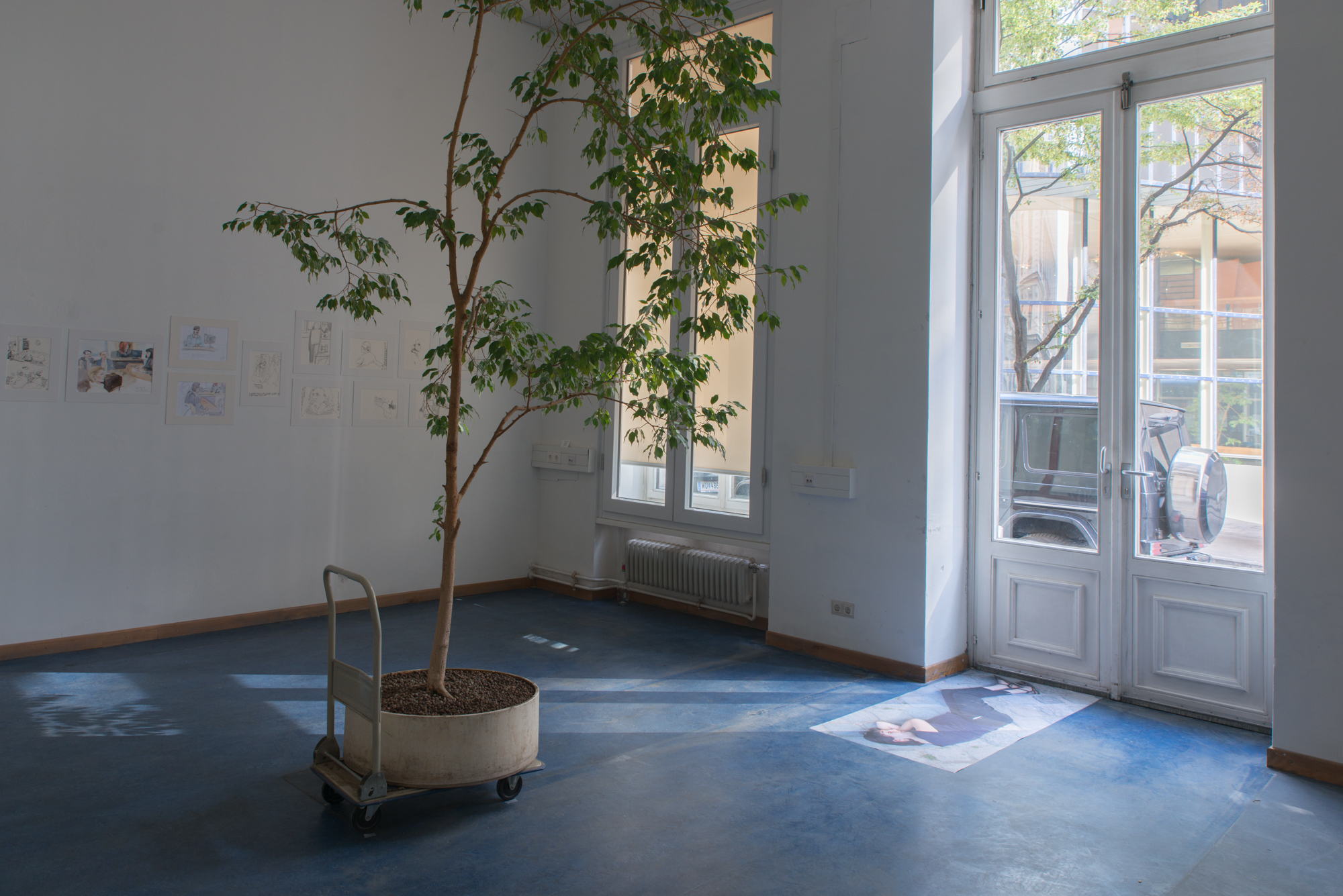 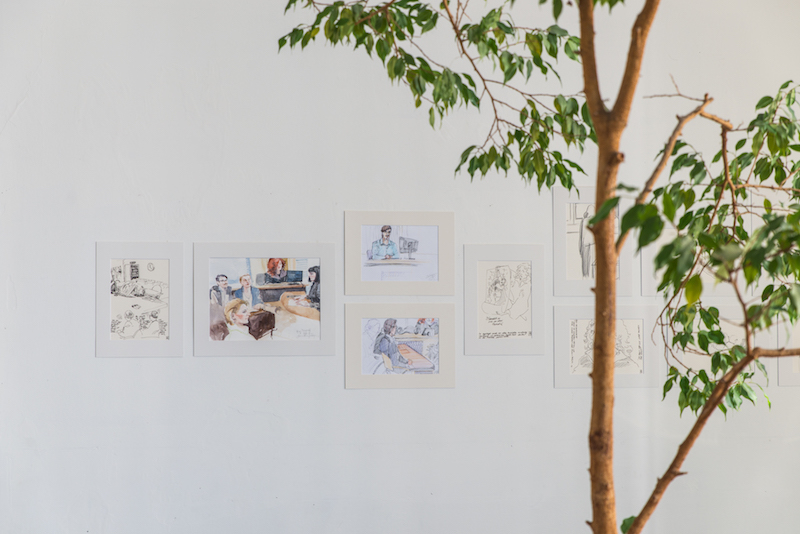 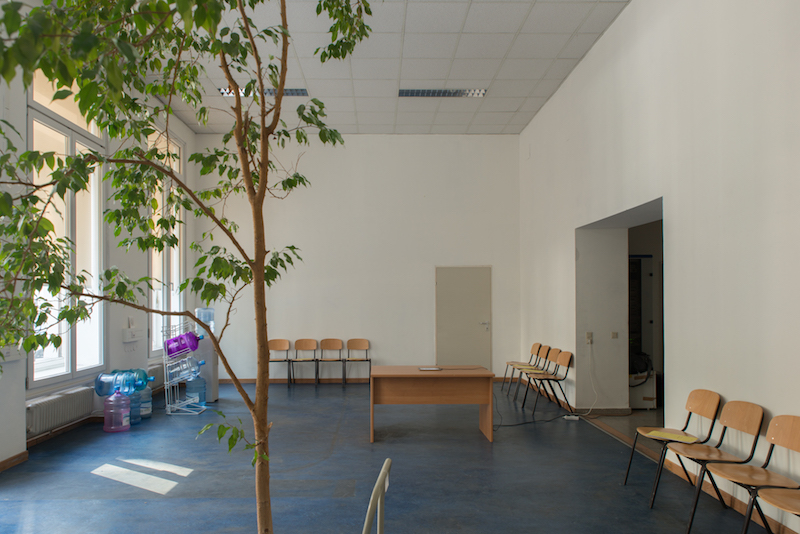 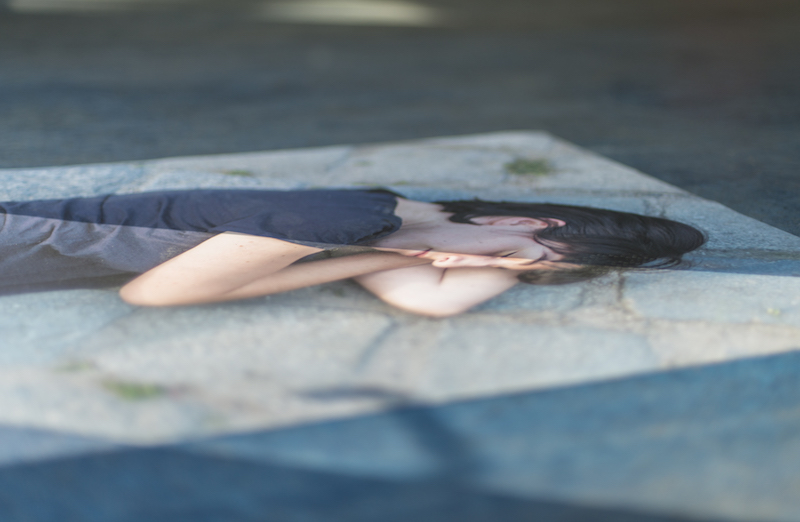 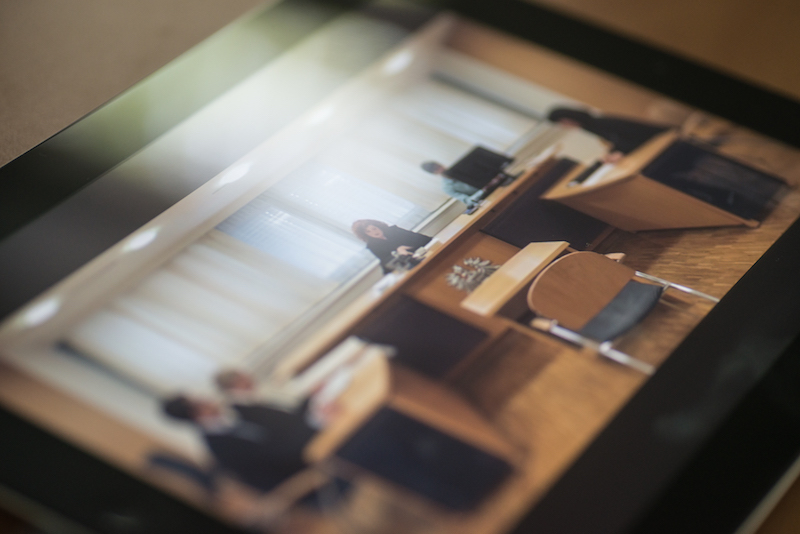 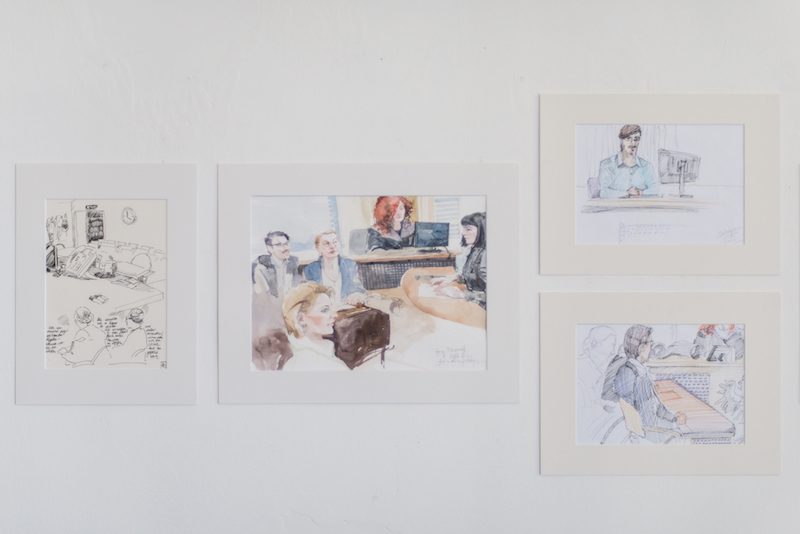 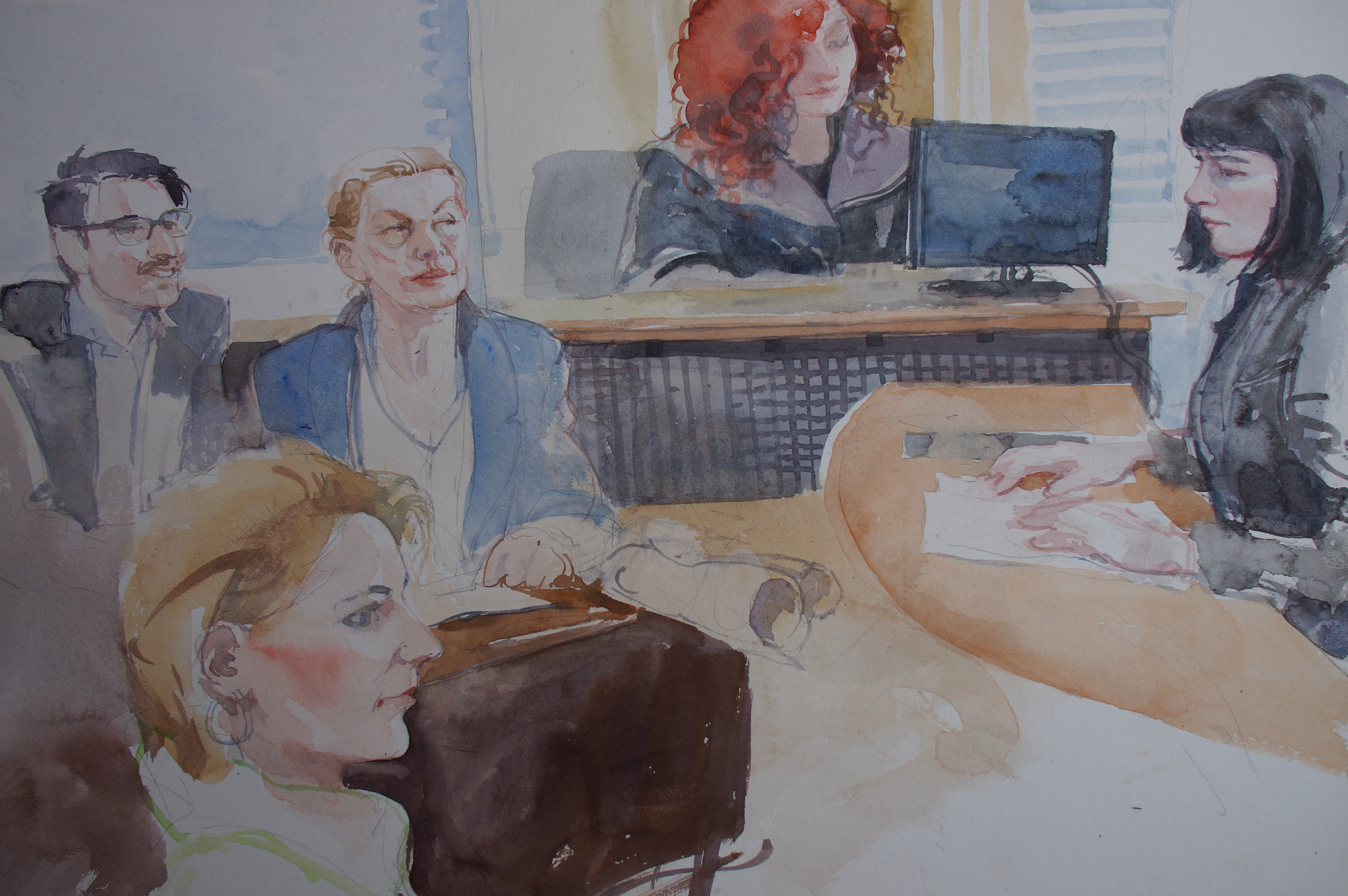